I should be able to introduce myself by now but for some reason saying, "Hello, my name's Sarah Skillin and I'm a dressage rider from Suffolk", seems such a challenge. 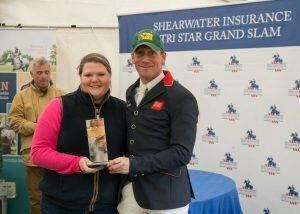 I've been working with Shearwater for around 18-months, representing them in one way or another, so it is now a bit of an honour to represent them in a competing and riding capacity as well.  When a company has been associated with Olympic Champions, there is a certain amount of pressure...well I think there is anyway, but that is mainly because I'm super competitive and really want to do everyone that supports me proud.

Eventing was always my ambition and aim, and is something that I achieved up to BE100 level.  However, that dream came crashing down to earth with a bump, quite literally! Luckily I was suffering from Valegroitis, that contagious condition of falling in love with dressage thanks to the wonder of Valegro. 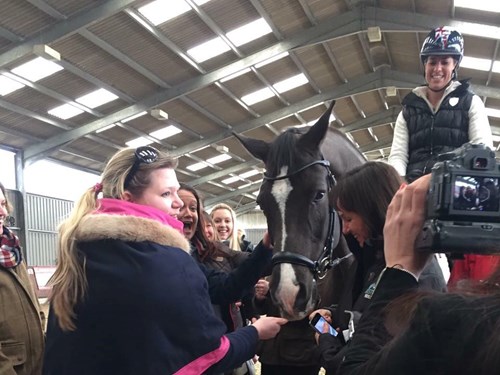 My partner in crime Theo, we'll come onto his royal highness in a minute, happened to be quite good at dressage so seemed keen to make the change from galloping around stately homes to dancing his way to rosettes in front of adoring crowds (aka mum and a few friends) who supplied carrots afterwards.

So Theo, or Carenthago Z as he is formally known, is officially the love of my life.  From the prolific Cathargo Z show jumping line, he was bred to be an Olympic show jumper and spent his early years standing at stud alongside Marius Claudius.  Now somewhat less a man he rules the roost at home and is quite spoilt. But, he's worth it! 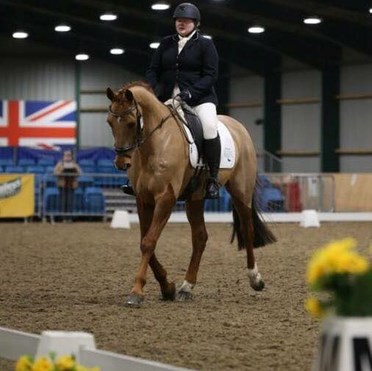 We've enjoyed a lot of success at the Novice and Elementary Freestyle classes and in the 2016 season (2017 was largely put on hold due to launching my own business) he had a run of wins at Elementary.

For 2018 we want to build on those foundations, with hopes of qualifying for Summer and Winter Regionals at Elementary, Winter Music Champs at Elementary and possibly (everything crossed) at Medium level.  The overall goal of an Advanced Medium may be a little bit of a stretch but we'll give it our all.

Hopefully we'll be able to keep you all mildly amused and entertained along our journey to dressage glory!