Who's picked up their tickets to the semi-finals?

As the first round of Shearwater Young Horse qualifiers begin to draw to a close we take a look at some of the stars of the future who have picked up their tickets for the semi-finals, which take place this year at Hartpury College and Port Royal Equestrian Centre.

From the semi-finals five horses will be chosen in each age category four, five- and six-year olds to go forward to the finals at the National Championships at Stoneleigh.

2019 already looks to be another fantastic year of quality horses with reining six-year-old champion rider Charlotte Dujardin returning with a new Mount St John ride and the Hawtins Stud 2018 four-year-old champion Hawtins Lirica, set to return in the five-year-old class.

Antonia Brown has two horses qualified for the semi’s with SJL Baks Zacco and Impulz De B. SJL Baks Zacco is an exciting five-year-old owned by Sara Lucas. Bought from the Brightwells Elite Auction as a three-year-old last year he was ridden by Dan Greenwood to 3rd place in the Shearwater four-year-old Final and was praised by judge Isobel Wessels for his ‘compact frame and well-muscled back’. This year he was invited to Bolesworth to compete in the 5yr old selection class for the YH World Championships at Ermelo finishing 2nd with 79.8%. He will continue to be partnered by Dan again and has qualified for the Novice and Elementary Summer Regionals, and the five-year-old Shearwater semi-finals at his first attempt at Field House. Antonia said “he is a very special horse as he combines an incredible temperament with huge talent.” 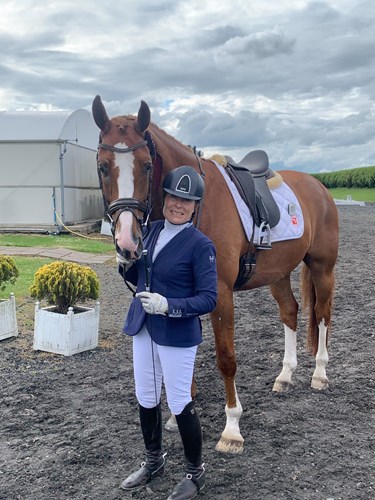 Martin Schliecher had a great show at Sheepgate qualifying with Kiss Goodnight in the four-year-old class and Belisarius in the five-year-old section. Kiss Goodnight was bred by the owners Victoria, Valerie and Jonathan Russell, although born at Martin’s yard. A beautiful black mare by De Niro out of Diane by Spielberg Martin said, “we only entered the four-year-old class to give her ring experience so to win at her first show was amazing.” Also, at his first show and winning the five-year-old section was the chestnut gelding Belisarius, who is owned by John Minion, CEO of the Yorkshire Wildlife Park, and was bought from Brightwells Auction as a foal. Martin also has the four-year-old stallion Fascinize (For Romance x Don Frederico) owned by Fern, Kay and Rory Carroll qualified after he won his section at Northallerton. 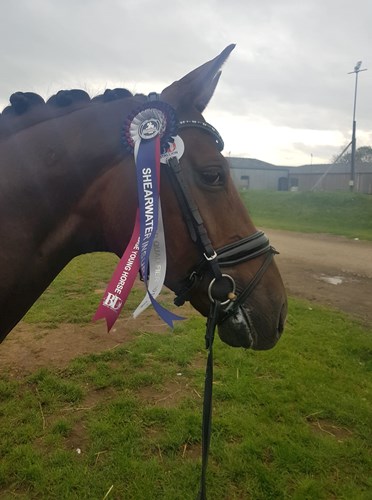 With four horses qualified for the semi-finals Greg Sims is another rider looking to be busy in the Shearwater classes. Qualifying early at Fieldhouse Equestrian was Finest Dream who is owned by Sara Branch and has been with Greg and his partner Stena Hoerner since October last year. Having taken their time with him Greg commented “he is now really starting to develop into a special horse! He is jet black and a really attractive horse to look at and also has three really good paces and a great attitude to work. He will have an exciting future.”

With a potential of over 100 horses qualifying across the age groups, for this year’s two semi-finals, the competition to claim a coveted National place is as tough as ever. Leading up to the competitions we will continue to look at a variety of these future stars, so make sure you drop us a line if you have qualified and keep heading back to our blog to catch up on all the latest Young Horse news.

Did you know that Shearwater are Insurance Partners to British Dressage?  Not only do we provide Public Liability cover to all members but, as a membership benefit, Shearwater offer all BD members a 5% discount on new policy quotes.

Speak to the team for a no obligation quote.